Until fairly recently, Turkish cheese was not a particularly popular topic. It wasn’t avoided, but unless you were studying it or making it, the sheer diversity of Turkish cheese would have escaped most of us. There were not many cheeses that made it to the table, but those that did were decidedly not going anywhere. Even then, those few cheeses were used for the everyday. That is, if you wanted to impress someone, you would pull out the good silverware and the foreign, imported stuff. Unfortunately, a cheese like lor just didn’t do it for most people. Even today, albeit to a lesser degree foreign style cheeses are often granted the pride of place over their Turkish counterparts. 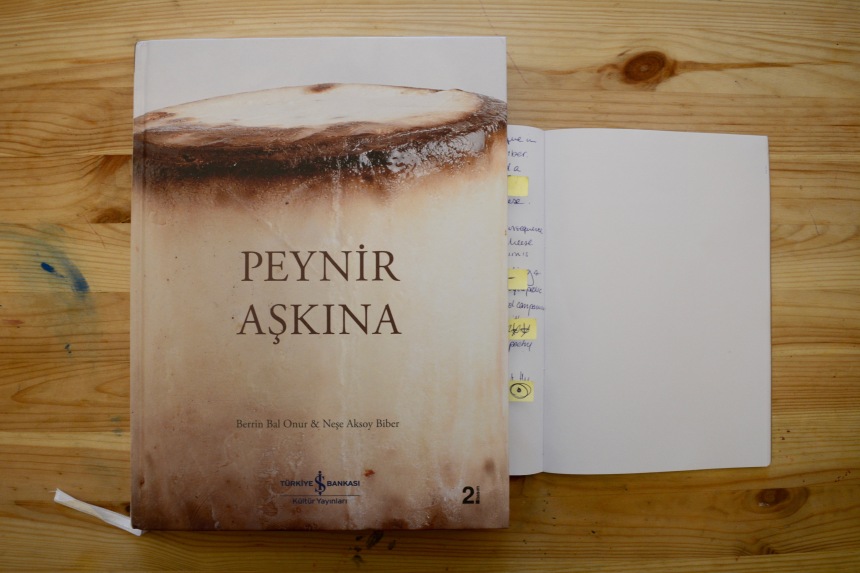 This remained the case until historian Artun Ünsal published Süt Uyuyunca or When Milk Sleeps (1997). The book worked on two levels. At its most basic, it offered an anthology-like catalogue of Turkey’s most popular regional cheeses. It also functioned as a proper defense for Anatolian cheese. It was welcomed with relief and anticipation by the cheese-minded and used as a gateway into the secreat life of Anatolian cheese. Ünsal’s work introduced readers to the historically dense geography of cheese. He moves through the country and covering each region’ most famous cheeses. For every location, the author discusses process, terroir, and a little bit of history. For over 15 years, the word of Süt Uyuyunca was gospel for all that was Turkish cheese.

Maybe it was the book or maybe it was good ol’ commerce, but large cities like Istanbul are no longer strangers to regional cheeses like Kars Gravyer or Bursa’s Mihaliç. Indeed we have spoken about the delights of Cihangir’s cheese boutique, Antre Gourmet. Here, the owners offer many regional specialties. However, the boutique is just the tip of the iceberg. Enter Peynir Aşkına. A book whose title can be translated as “for the love of cheese.” (A book has a never been so aptly titled.)

Former advertising executives Berrin Bal Onur and Neşe Aksoy Biber opened their cheese shop sometime in 2000. Evidently, just supplying cheese was not enough for the two. They set out hunting for Turkish cheeses, from the soft and blue to the hard and porous, and then to share them in Istanbul. For the past 15 years, the two have traveled Turkey smelling, tasting and learning of the myriad of dairy traditions. Their efforts have come gracefully together in their book, Peynir Aşkına (for the love of cheese).

The book itself is beautiful and not only because the work of food photographer Ahmet Ağaoğlu steals the show. Like Ünsal’s, the book runs through the seven regions of Turkey. However, the duo opts not to concentrate on the most popular cheeses. Instead they cover a whopping 52 different kinds of cheese along with contemporary alternative cheese making processes and trends. There are even some recipes for the more ambitious readers. For those looking for a more scientific anthology of Turkish cheese, stick to Süt Uyuyunca. While Onur and Biber have included a degree of scientific and/or academic structure in their findings (with a great bibliography and list of sources) they have also included an emotional component which makes this book all the more delightful – and. all around easier to read). With each entry the authors discuss terroir, ingredients, and process. They also include the people involved in making the cheese, their stories, the legends around their cheese, and the poetry that they have come to identify with cheese making.

Unfortunately, the book has yet to be translated into any other language. However, even a reader with a minimal understanding of the Turkish language (ahem) will benefit greatly from this wonderfully cheesy tome. 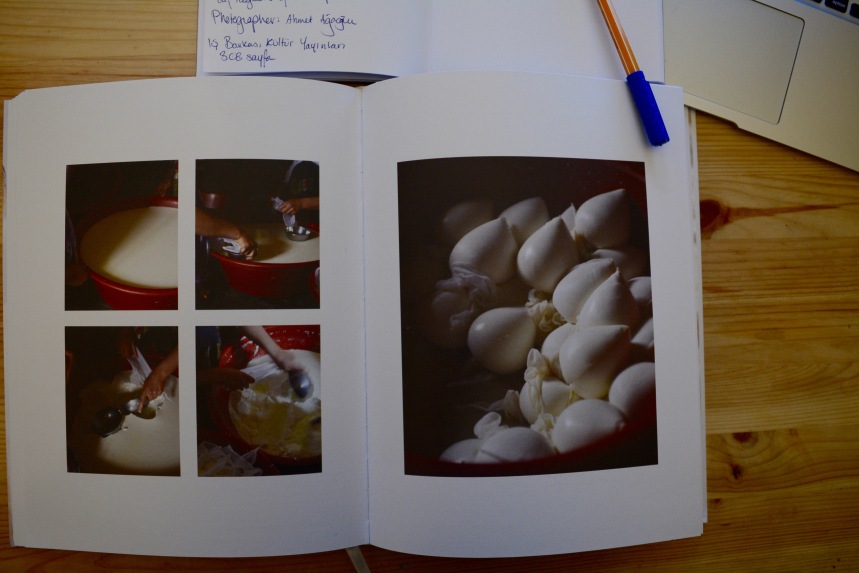