As of late, I have been diving into the world of wine, specifically Turkish wine. And, thanks to a very well-versed and very patient sommelier-to-be friend – let’s call her “A” – the journey has been more educational and pleasant than I could have imagined.

Last November, my partner in crime – you can call him AJ – organized a fantastic Cappadocia birthday get-away. What a mensch, amma right? And, while some of us wereenjoying the canyon walks (with a great guide), majestic monasteries, and pigeon houses, others (me) were busy foraging for quinces, apples, grapes, and anything else that looked remotely edible…or drinkable.

Indeed, part of the trip was spent at one of Cappadocia’s better-known wineries, Turasan. Obviously, we brought back as much as would fit in our luggage – the rest went into our backpacks. 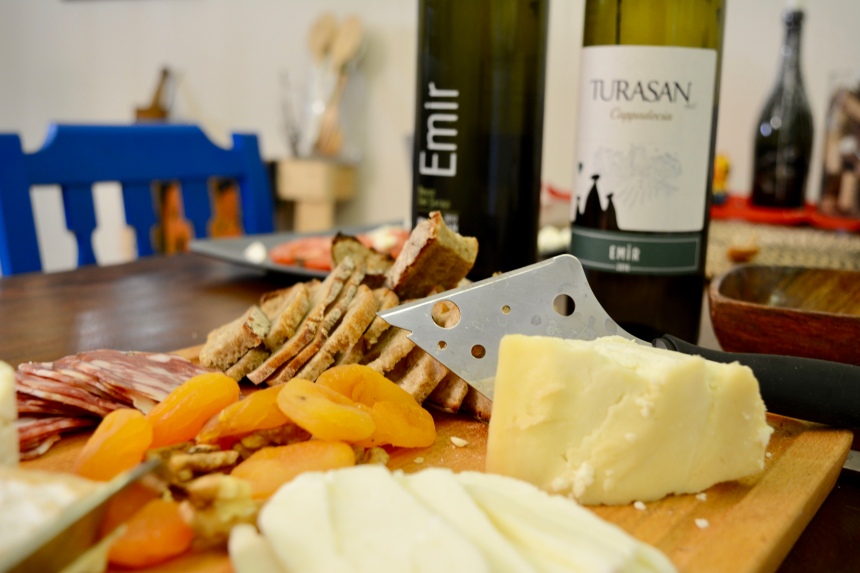 Once comfortably settled back in the cacophony of Istanbul, A and I celebrated with a side by side Emir comparison. Emir is a grape indigenous to Turkey that (I believe) makes some of the country’s best white wine. This coupled with its challenging care, the Emir can get expensive. For that reason, you’ll usually see the grape as part of a white wine blend. The grape particular to the Cappadocian terroir, thus our picking it up while we were down there. A contributed Yazgan’s 2012 while I brought out Turasan’s 2016, originally a gift for A. But. Details.

While the two were different vintages, they both sported a 12.5%. Indeed, we were both thinking the comparison should be different and interesting. While Turasan is located in the Cappadocia region, Yazgan’s winery is in Turkey’s western province of İzmir. Whether or not Yazgan brings its emir in from another location or grows them close to the winery would show itself in the wine.

We opened and poured Turasan’s Emir. It was a beautiful, clear lemon colour. It had great notes of apple and pineapple with borderline-salty, minerals. I fear that diving any further into a detailed analysis of its flavor profile will reveal my oenology shortcomings. Like I said. I’m new at this. I will say that although the wine was studied, dissected, analyzed, and appreciated by both, it was also enjoyed thoroughly. Turasan’s Emir is complex, but still approachable; it has a certain depth and curiosity that keeps your palate on its toes, holding its breath until the very last and yet it is not intimidating.

And then came Yazgan. We opened the bottle with great difficulty. Truly, we almost broke a sweat. When we poured it into our glasses we looked at each other – confused. The colour could not be described with any of the official terms. It was not lemon or gold, but something much darker. And when we looked closer at the label, I noticed something floating around in the bottle. It was another cork. It brought new meaning to being “corked.”

Needless to say, we couldn’t get around to tasting Yazgan’s, but we are waiting for the day that we can. 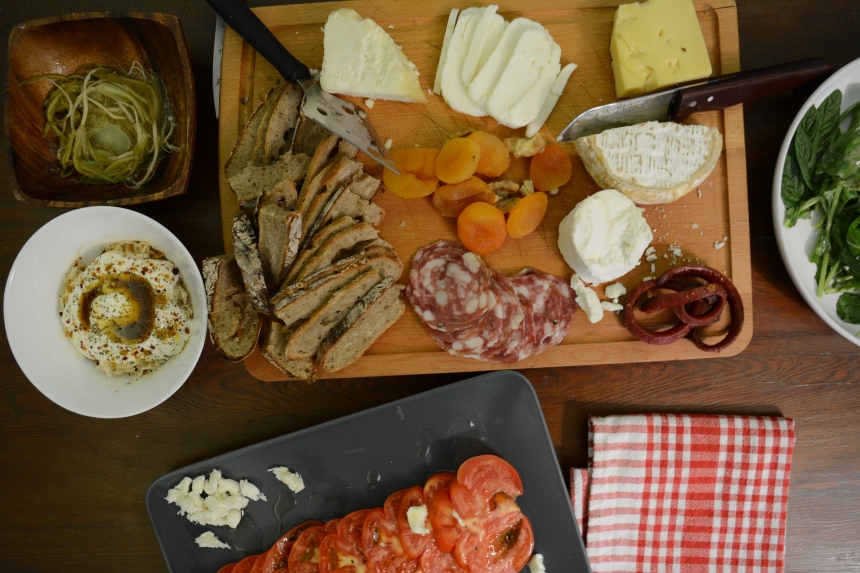 The evening was also my first attempt at pairing wines. True to our cause, I tried to keep the food as “Turkish” as possible. There is a school of thought that believes the wine a certain region should pair with the food of that same region. Logical? Sure. Limiting? Yep. But, it’s a discussion for another time. And, so I probably expanded the parameter on what constituted “regional.” I also tried to pair wines with those Turkish foods that are rarely consumed next to a glass of alcohol. For instance, mantı, the garlic-yogurt covered dumpling goodness. Indeed, yogurt may be one of the more difficult things to pair with wine – and it is on every Turkish sofrası (dining table).

Alongside our two bottles we were serving typical Cappadocian dried apricots, mantı, and sucuk. As for the rest, well it was a range of Turkish taste profiles (and some lessTurkish): a huge sliced tomato – simple but wonderful – salted and finished with some great Aegean olive oil, an arugula salad, a fried spinach bunch salad, a creamy goat cheese, Erzincan Tulum, and Kars gravyeri. 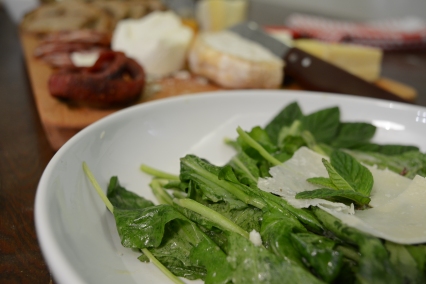 Unsurprisingly, the Emir paired well with the salads, greens, and the Tulum cheese. The mantı worked fine, but not nearly as well as I had hoped. Our biggest surprise what how well the wine paired with a simple sliced tomato. Because of the grape’s acidity, I could also see it paired really well with a plate of fried mussels or even hamsi. 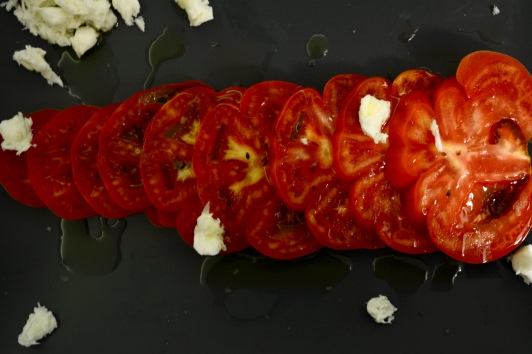 Turasan’s Emir remains one hell of a solid wine that holds its own. Yazgan, I’m still looking forward to trying your Emir one day!